Naturally, nobody is excited about little many-legged creatures entering their four walls scavenging for food and making themselves at home. But thanks to Australia’s large population, there are a lot of buildings where household pests will find a cosy home. Even though ants are probably not the most feared type of household pest, they are for sure among the most persistent ones.Like us Australians ants like warm, humid and protected places and many of this species feed on human and pet food, especially sweets and proteins. As some ants also like to chew through plastic and electrical wiring, these housemates can cause a deadly hazard.

There are about 1.300 ant species that call Australia their home but only a few of them will invade people’s houses. If you see an ant inside your kitchen, it is more than likely you’ll see a few in a minute, as most ant species live in colonies and will leave a food trail behind for their mates to follow once they’ve detected a food source they can feast on. Usually attracted by sweet foods, ants tend to come in troops, entering through the tiniest cracks of window frames, walls and floorboards. These insects smell with their antennas and form a line following the pheromone trail the first scavenger has left behind and take food back to their nests where they feed their young.

To prevent these little beggars coming into your home, there are lots of DIY pest control remedies to keep your house ant-proof without having to reach for the toxic spray. First of all, it is essential to keep your home and kitchen as clean as possible and make sugary foods inaccessible. Lots of people even start keeping their jams and sugars in the fridge. Clean countertops and floor with soapy water, as ants will avoid soapy surfaces. Also, by wiping surfaces you clean up their food trails and deter their way. Ants also hate citric acid and will not come again because of the smell, diluted apple cider vinegar or lemon juice are popular choices for this one. Coffee grounds have done the trick for some house owners when sprinkled in the garden and near the house. Especially at places where ants are trying to get in, as they also dislike the smell of coffee grounds.Another natural repellent is chalk or baby powder. Both remedies contain talcum powder, which drives ants away. 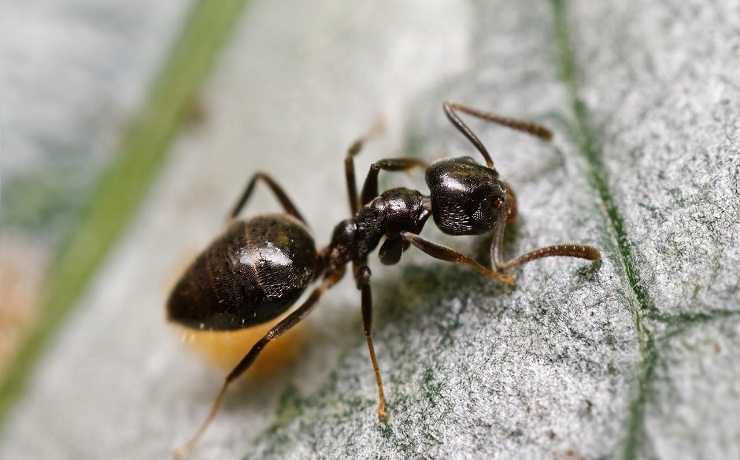 The house should be sealed as best as possible to block their entryways off. This means that windows, doors and any other tiny cracks should be sealed with caulk to prevent the ants from crawling through.

If you have been trying to get rid of ants and the natural remedies didn’t do the trick, maybe its time for a pesticide. A toxic chemical way of getting rid of those creatures and only used if there are no children and pets in the house are ant bait traps which will slowly eliminate the worker ants and their whole nest as they are able to feed on the bait and carry the poison back to their nest to pass it on. These traps are best put near food sources such as rubbish bins, pantries and fridges.

Ant sprays will kill the ants immediately but leave a toxic odour in the air when used. While it is nice to see the spot-on effect, sprays are only temporary as to eradicate a whole colony, the nest must be discovered and entirely destroyed.

Residential pest control services will usually offer three different types of pest treatments such as insecticides, which will kill adult insects, larvicides for immature insects, and biological control methods, which will not harm the environment.